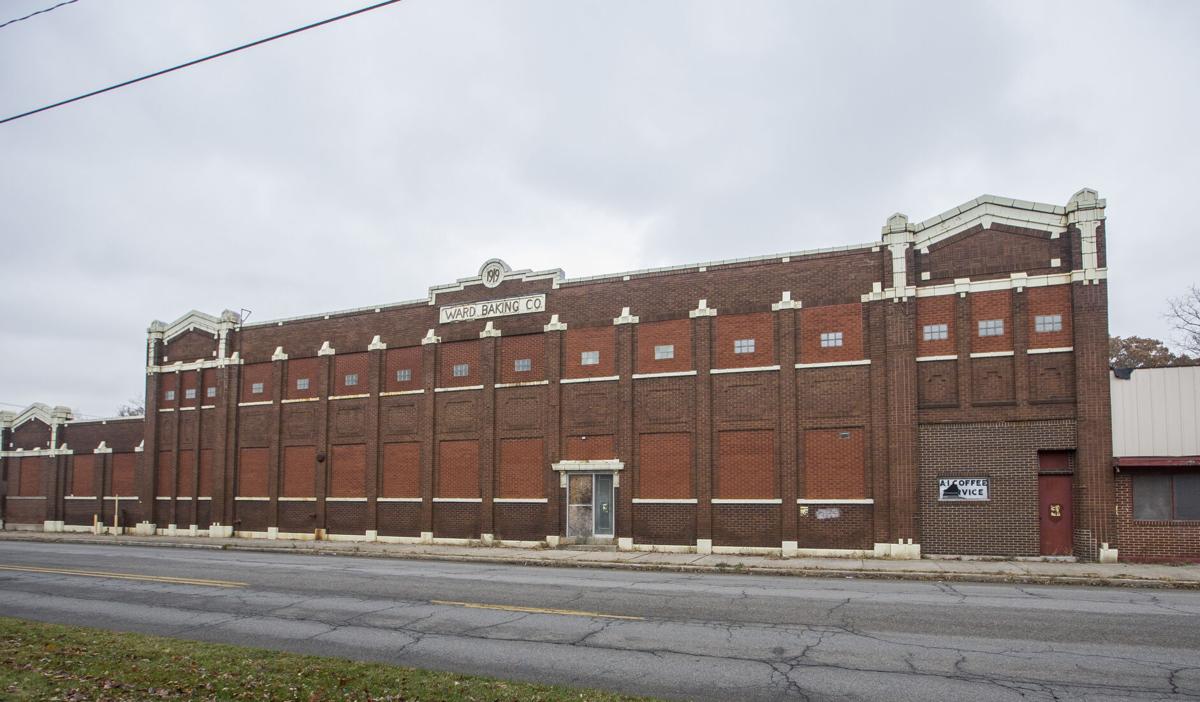 An attempt to reclaim tired and vacant spaces on a 3-acre spread of Portage Avenue, the project now includes two renovated houses, the groundbreaking Wednesday for two 600-square-foot tiny houses in the 900 block and, as of two weeks ago, the long-vacant, brick Ward Baking Co. building, which is across the street from the renovated houses and the lot for the tiny houses.

“We’re trying to build it up for everybody,” said Keen, a long-time resident, living on Riverside Drive, as he talks about a collective process that involves and supports the neighbors.

He and three other individuals bought the Ward building with plans to renovate and open the two-story, 30,000-square-foot space this summer, said one partner, Dwayne Borkholder, owner of Borkholder Buildings in Nappanee.

The group gained ownership two weeks ago and since then have gutted it, he said. Work began this week to repair the roof on the building, built in 1919.

They will be seeking shops, businesses, artists and other tenants to share space inside.

Other partners in the Ward building include local architect Greg Kil and Texas developer Monte Anderson, who Keen said has worked on other local projects.

The Near Northwest Neighborhood Inc. had aimed to convert the Ward structure into housing, but, after six attempts, it couldn’t secure the highly competitive low-income tax credits that it needed for financing, NNN Executive Directory Kathy Schuth said.

But, she said, as she listens to what neighbors want, “There’s a stronger interest in retail and gathering places.”

Neighbors have called for an eatery, bakery and artist spaces, she said, noting hope for perhaps some shared spaces: “It’s difficult for artists to rent small offices.”

“We will let the local market dictate what goes in there,” Borkholder said. “We have no preconceived ideas.”